It was a very cold December day when I received a call from Luca;
Luca and I usually stay in touch to share updates about upcoming Aikido seminar in which we are both interested;
thats why I immediately accept the opportunity to follow a Montenegro-sensei’s seminar in Belgrade in february.

After a very pleasant motorway trip, with a small delay caused by a truck in flames, we reached Montenegro-sensei at Malpensa Airport; after the lunch we crossed the security and immigration checks boarding our EasyJet flight.

We reached Belgrade in the very first afternoon, the Airport, really beautiful and well-keept, is just a few minutes far from downtown, really comfy; at the exit, Vladimir, was waiting for us.
just a few second after the introduction, and we deeply fall into a very long, thanks to the heavy traffic encountered in the orbital road of Belgrade, pleasant conversation.

After a brief rest at Srbija Hotel, a 3 star accommodation, comfortable and close to the dojo, Luca and I, get a welcome cocktail at the hotel drinking Jelen Pivo (beer) with some appetizer;
at 20:00, Dejan, IV Dan Aikikai Tokyo, instructor at Aikido Klub Karadjordje, affiliated with Srpska Aikido Federacija, came and introduce himself…

Surprisedly Dejan speaks a very good Italian making everything much more familiar, simple and understandable.
He took us, with a brief night-car tour, to a evocative floating pub in Sava river in which we had another Jelen.

At the pub we had the first contact with Serbian manners and style; it was almost full of young people, all drinking and smoking; a lot of beautiful girls was sitting alone or in group, everything creates a very familiar and happy mood in which I fall completely absorbed  and fascinated.

We have had really a great time during the evening dinner while eating a fantastic meat together with Dejan, the young Tara, Jelena, Dragana and Dusan; with them we cheers in memory of Fujimoto sensei’s premature departure to whom we are all grateful.

The Dojo was gather into a old factory, sited in a cold area of Belgrade, dismissed a lot of years ago;
the guardian removes the chain letting Dejan drive trough the barrier. It was really a fascinating place even if too cold.

Montenegro-sensei starts the morning seminar focusing on a complicate and sofisticate work based on katatetori jaku-hanmi techniques.

First of all we practiced Kokyunage with tenkan-ho;
this way to apply the technique deserve a really precise job of ashi-sabaki conceived to nullify the distance between tori and uke.  Montenegro-sensei told us that the metsuke job must be unified with the hand movement in order to help a good body posture and positioning.
We have to practice gently because tori must learn the technique without endanger his uke; this is a mandatory condition for studying Aikido.
Uke, as well, needs to apply, as concentrate as he can, with a responsive attitude in order to get a proper perspective of the technique and a general know-how, protecting, at the same time his body, still carrying on with the attack.

Even if we practice gently a absent-minded/inactive uke could be reached, moreover if tori puts a more aggressive attitude.

The second Kokyunage form needs a more sofisticate movement in which the grabbed arm absorb the attack creating, together with a lowering of the hips, the total unbalance of uke; the movement and the posture of both tori and uke must be natural, starting from the attack throughout each movement.

Ikkyo Omote was a really interesting study developed starting from the cutting of the elbow (irimi with an half kaiten) followed by a tenkan that causes the complete lost of balance of your uke, than, the distance, must be nullified once again while charging your arm right over your head for cutting with a linear movement, like handling a bokken for a shomen.

The same cutting principle was applied to ura form, with a slight different ashi-sabaki; generally is a good attitude to train ourself in order to keep in mind that our hands must work exactly in front of our center and just above the feet, otherwise, a good uke will take advantage of this blunder.

The morning class ends with another Kokyunage; a circular based form, in which we change the way to absorb the opponent attack controlling him in front of our face, passing behind uke and then unbalance him with a change of stance and a deep-back step; at the end we will gain the total control of uke by threaten his face with our grabbed hand.

During this session the job of uke was deeply studied in a intense and accurate practice.

Aikido is not a martial arts developed to brake or defeat the opponent in an aggressive way, we are studying the interactions between tori and uke, the way they communicate to find the proper execution;

After this first part of the seminar we went, with Dejan, Dragana and Jelena to Belgrade artificial lake;
it was really a relaxing afternoon along the shore jagger on almost everything, while, at the center of the restaurant, the fireplace was grilling one of the best meat of my life.

The evening class was based upon shomenuchi techniques.

Starting with Iriminage, Montenegro-sensei keeps following the morning study applied to a different attack, so, even in Iriminage, we unbalance uke cutting his elbow.

In Sotokaitennage we have to let uke’s attack flow a little bit, focusing on cutting his head, preparing the unbalance working on his elbow; in order to do so we have to dodge the attack while keeping a really small distance without focusing on the wrist.

Kotegaeshi was a quite hard technique because of a particular hand movement to be done meanwhile we overcome the attack by charging like grabbing the bokken; this particular movement allows the creations of the proper conditions in order to perform the technique.
In Kotegaeshi we have to focus, of course, on the wrist, no more on the elbow, still keeping in mind that we have to avoid any dangerous, hard or unnatural position or response, the back must sit up, we have to close the distances and apply precise movements to the technique.

Sotokaitennage Sankyo Ura was really an interesting study summarizing almost all the condition found during the whole day seminar training;
we need to overcome uke’s attack using irimi-kaiten-tenkan keeping his arm occupied with our stable contact ’till we create the sankyo conditions; at this point we should be quite hips-lowered still controlling uke’s arm, it’s the right time to prepare Sankyo; We can grab uke’s hand bringing it as close as possible to our chest with a a elbow-closed movement, now uke is completely affected by Sankyo and we can change hand, drifting on his back; but it’s not finished yet, we still have an irimi-tenkan to be applied all together with the hand work…we don’t need to looking for uke’s hand and in just a few movements we will complete the technique.

Once again Montenegro-sensei delight us with an intense study of Aikido able to connect all the techniques one by one; studying in this way you are able to reach a better understanding of the interactions between uke-tori.

In the evening we move to a downtown pub well know for his sausages, here I’ve had the possibility to meet, chat and better know Ljiljana, one of the coordinator of the seminar as a IV Dan Aikikai Tokyo as well as an excellent photographer (most of the picture of this news are courtesy of Ljiljana with many many thanks).
We was introduced to Jelena and Marko, as well as other aikidokas coming from a lot of Dojos;
For as much as we understood, there are something like 2500 aikidokas just in Belgrade only, with something like 85 dojos; most of them are really young, the average ages is really close to 20 years old, effectively we noticed a lot of young kyu, that is always a great news!!!

Sunday morning, after packing all the belongs, we reached the Dojo for the last lesson, in which Montenegro-sensei makes a really difficult job in Yokomenuchi.

Is really important to notice that the ashi-sabaki conceived to prevent a yokomenuchi impact, must be done with a great precision, a wrong stance will be useless and your head will be hit anyway;
the ikkyo-undo hands movement must be done together with the feet but you don’t have to focus on wiping off the uke sword, with the result of a hard impact, you have to absorb the attack or flowing away, focusing on threaten uke with your free back hand. All of this must be done in a natural stance, with no fear. btw, at the end, it was really an hard study, in particular during Iriminage or Sotokaiten-Sankyo Ura.

This two techniques requires a very sofisticate attack-absorbing job that I’m still try to understand…Ikkyo Omote and Ura was quite a difficult workout, I was used to a deeper entrance while wiping off uke’s yokomenuchi, exactly the contrary of what Montenegro-sensei shows; I found difficulties too while practicing as uke noticing that, in the moment I feel myself confident, I was completely wrong…that means a lot to me, that’s why I fell in love with Aikido a lot of years ago.

In the very first afternoon we visited Belgrade while eating; it is really a fascinating city, with Danube and Sava giving a touch of romanticisms under the castle, even if the city is suffering too much bombing on his own history but it contributes to the general atmosphere that, in my opinion, is really unique and evocative.

Now I have to go, my Aikido training will starts in a metter o minutes but, in the end, I’d like to thank you all for the great hospitality and this beautiful days spent in Belgrade!
In particular I’d really like to thanks Daniele-sensei for this opportunity, as well as Luca, a real friend and a great traveller.
A big hug to Dejan for the time spent carrying us trough and forth the city, Vladimir for the courtesy and the beautiful aikido, Ljiljana for the pictures and the congeniality (hoping to see you asap on the mat), Jelena and Dragana for their constant presence and very pleasant company, Dusan for sharing his aikido, drinking and salad company, Jelena for the great friendship and strength shown during the seminar…maybe I miss somebody, but you really are in my heart…this Aikido and this human-life experience won’t be forgot in my whole life…see you as soon as possible!!! Jivelie!

Take care of yourself and best, best regards Belgrade!!! 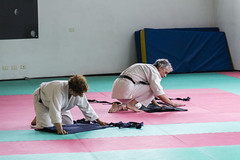 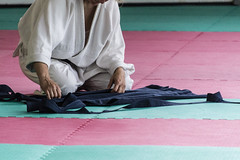 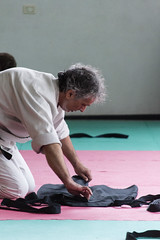 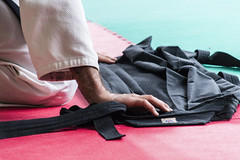 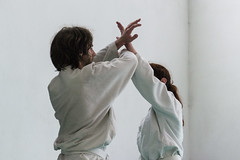 News from the Dojo

This blog is about Aikido, history & our dojo as well.
Furthermore, all the pictures & videos of this blog were found surfing in the web.
Moreover still belongs to their owners, without any intention of illegal appropriation by our side, whatsoever.
We are delight to thank them all.